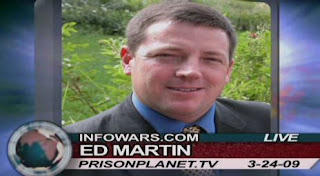 
St. Louis - March 23, 2009 - Governor Jay Nixon is abusing state law enforcement and other taxpayer-funded resources to target pro-life Missourians and others he believes to be political enemies in violation of their civil rights according to a complaint filed today with the Americans Civil Liberties Union (ACLU). Missourians United for Life filed the complaint and is asking the ACLU to apply instantly for a temporary restraining order against Jay Nixon in U.S. District Court.

The complaint was filed in response to a controversial Nixon Administration report issued by the governor's Missouri Information Analysis Center (MIAC). The Nixon report targets pro-lifers as potential threats to public safety and specifically warns law enforcement that displaying "anti-abortion" material may be a sign of a potential threat. When asked by a reporter about the controversial report, Nixon defended it stating that getting such information was something "we're going to continue to do."

"What Governor Nixon is telling Missourians is if you disagree with him on the issue of life or display a pro-life bumper sticker or wear a pro-life pin, you may subjected to action by state law enforcement or your personal information might be sent to a law enforcement analysis center," said Ed Martin, President of Missourians United for Life. "This is a clear violation of Missourians civil rights. The only intent of such a report by Nixon's Administration is to harass and intimidate the governor's perceived political enemies and chill speech and open debate by those who disagree with Jay Nixon on public policy."

Jay Nixon's Administration released the attached report on February 20, 2009. In addition to pro-life Missourians, the Nixon report targets Christians, conservatives and others. Missourians United for Life has filed a complaint against Nixon with the American Civil Liberties Union and is seeking a temporary restraining order against him.

"We are asking the ACLU to take action to protect the civil rights of pro-life Missourians," Martin said. "No Missourian should have to worry that they may be pulled over by the Missouri State Highway Patrol if they place a pro-life sticker on their bumper or attend a pro-life event. Missourians United for Life have a right to disagree with Nixon's pro-abortion views and we will not be intimidated by his bullying." Source

AUDIO ARCHIVE OF ALEX JONES INTERVIEWS:
Posted by JRohio at 11:56 AM