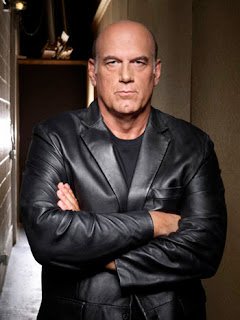 If Climategate Is No Big Deal, Why Are Questions About It Met With An Armed Response?

The boilerplate response on behalf of the guardians of the global warming scam is to claim that the climategate scandal holds no significance whatsoever. If warmists really are that laid back over the whole controversy then why are questions about it by accredited journalists met with an armed response from UN thugs?

The latest effort to whitewash climategate comes in the form of an Associated Press “investigation” which involved a handful of AP writers looking through the leaked emails. Unsurprisingly for an organization that has vehemently thrown its full weight behind the climate change fraud, the AP concludes that “the messages don’t support claims that the science of global warming was faked,” despite emails which openly discuss using “tricks” to “hide the decline” in global warming.

However, even if we are to accept the ludicrous premise that climategate is a distraction or a non-issue, the question remains – if it’s such a side-issue and not severely damaging to the UN’s global carbon tax agenda, then why does mere mention of it by reporters cause United Nations officials to send in armed goons to silence them during press conferences?

Hundreds of thousands of people have now seen the video that emerged over the weekend of journalist Phelim McAleer being harassed and kicked out of a press conference by armed UN security for putting a question about climategate to Professor Stephen Schneider from Stanford University.

As soon as McAleer begins his question, UN officials swoop in and try to wrestle the microphone away from him. When this fails, an armed thug is sent in to threaten McAleer and his cameraman before eventually making them leave the press conference. The goon is insistent that his free speech crushing antics are not caught on film.

“I have met Mr Christopher Ankerson the UN’s head of security for the conference and he has confirmed it was Professor Schneider’s staff who asked the security guards to come corral us at the press conference,” said McAleer. “Mr Ankerson could not say what grounds the security guard had for ordering us to stop filming.”

“This is a blatant attempt to stop journalists doing journalism and asking hard questions. It is not the job of armed UN security officers to stop legitimate journalists asking legitimate questions of senior members of the UN’s IPCC.”

This is not the first time McAleer has been the victim of the climate cult thought police. During a question and answer session with Al Gore earlier this year, McAleer had his microphone cut off after asking Gore about the multitude of errors in his Inconvenient Truth movie.

It seems like the UN is so insistent on claiming that “the debate is over” that they will metaphorically (or not so metaphorically in this case) put a gun to the head of anyone who suggests otherwise.

Contrast what happened to McAleer to the events witnessed during Lord Monckton’s speech at a not too dissimilar conference last week.

Agitators with pro-UN, pro-man made global warming politics are allowed to gatecrash events, take over the stage and shut down the conference with no response whatsoever, but God forbid an accredited journalist ask a skeptical question of a scientist, otherwise he’ll be thrown out by armed goons.

This is the face of tyranny being imposed – no dissenting opinions against the world government will be tolerated.

The fact that these globalists and their scientist cronies will not even allow their religion to be questioned is proof itself that global warming is a contrived fraud protected not by solid science but by thuggery, intimidation and a stenchful loathing of free speech.

In continually silencing dissent against the global warming mantra, its disciples are borrowing a slogan from the Kafkaesque dictatorship portrayed in Patrick McGoohan’s 1960’s television series The Prisoner – “Questions are a burden to others, answers a prison for oneself.”