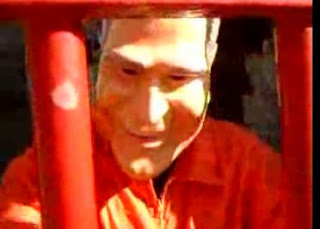 on the Thom Hartmann Show

Cliff comes on at 1 hour and 15 minute mark.

VR Speaks to Ohio Lawyers About Karl Rove and Election Fraud
Posted by JRohio at 7:54 PM

Contingent of Lawyers, Activists, and Media Take Concerns of Police
Brutality at RNC to Mayor Coleman's Office
- WHAT: Attempt to meet with Mayor Chris Coleman about
escalation of police brutality in St. Paul
- WHO: Lawyers, activists, and members of the media
- WHEN: September 4, 2008 @ 4:00 p.m.
- WHERE: St. Paul Mayor's Office, 15 W. Kellogg Blvd.

Police violence has not been limited to the streets. The Coldsnap Legal
Collective, providing support to people arrested at the RNC, has
received numerous reports of abuse in the jails. In addition to
widespread denial of medical attention, multiple people have been
brutalized by Sheriff's Deputies inside their cells. At a press
conference earlier today, recently released activist Elliot Hughes made
statements that while in jail he had a bag placed over his head, a gag
in his mouth, and was beaten to unconsciousness by multiple correctional
officers.


Have any videos, photos, or witness statements from the RNC?
Posted by JRohio at 4:29 PM

Use of Force Against RNC Protesters “Disproportionate,” Charges Amnesty International

[London]--Amnesty International is concerned by allegations of excessive use of force and mass arrests by police at demonstrations in St. Paul, Minnesota during the Republican National Convention (RNC) from September 1-4, 2008. The human rights organization is calling on the city and county authorities to ensure that all allegations of ill-treatment and other abuses are impartially investigated, with a review of police tactics and weapons in the policing of demonstrations.

The organization’s concerns arise from media reports, video and photographic images which appear to show police officers deploying unnecessary and disproportionate use of non-lethal weapons on non-violent protestors marching through the streets or congregating outside the arena where the Convention was being held.

Amnesty International urges that an inquiry be carried out promptly, that its findings and recommendations be made public in a timely manner. If the force used is found to have been excessive and to have contravened the principles of necessity and proportionality, then those involved should be disciplined, measures put in place and training given to ensure future policing operations conform to international standards.

Police are reported to have fired rubber bullets and used batons, pepper spray, tear gas canisters and concussion grenades on peaceful demonstrators and journalists. Amnesty International has also received unconfirmed reports that some of those arrested during the demonstrations may have been ill-treated while held at Ramsey county jail.

Amnesty International is also concerned at reports that several journalists who were covering the RNC were arbitrarily arrested while filming and reporting on the demonstrations. They include host of independent news program Democracy Now!, Amy Goodman, and two of the program’s producers, Sharif Abdel Kouddous and Nicole Salazar, who were both allegedly subjected to violence during their arrest. A photographer for the Associated Press (AP) and other journalists were also arrested while covering the demonstrations.

Kouddous described his arrest to media, “…two or three police officers tackled me. They threw me violently against a wall. Then they threw me to the ground. I was kicked in the chest several times. A police officer ground his knee into my back…I was also, the entire time, telling them, ‘I’m media. I’m press….,’ but…that didn’t seem to matter at all.”

Amnesty International recognizes the challenges involved in policing large scale demonstrations and that some protestors may have been involved in acts of violence or obstruction. However, some of the police actions appear to have breached United Nations (U.N.) standards on the use of force by law enforcement officials. These stipulate, among other things, that force should be used only as a last resort, in proportion to the threat posed, and should be designed to minimize damage or injury. Some of the treatment also appears to have contravened U.S. laws and guidelines on the use of force. The U.N. standards also stress that everyone is allowed to participate in lawful and peaceful assemblies, in accordance with the principles embodied in the Universal Declaration of Human Rights.

For more information, please contact the AIUSA media office at 202-544-0200 x302 or visit our website at www.amnestyusa.org.

ST. PAUL - In response to reports of widespread civil liberties abuses in connection with mass arrests, police raids on private homes and the detention of several journalists during the Republican National Convention (RNC), the American Civil Liberties Union renewed its call for an investigation into the actions of law enforcement there.

"Attempts by law enforcement to squelch lawful political speech and stifle the press have no place in our democracy and are unacceptable," said Anthony D. Romero, Executive Director of the ACLU. "Political conventions should be a showcase for free expression, not a venue for bullying and intimidation."
The ACLU specifically called for an investigation into possible violations of the First and Fourth Amendments, including:

The ACLU affiliate office in Minnesota has assembled legal counsel for many of the reporters and peaceful protestors arrested since Monday. The ACLU of Minnesota has also filed a lawsuit in federal court calling for the release of boxes of literature that were confiscated during Monday's raids.