Richard Gage of Architects & Engineers for 9:11 Truth
ON THE ALEX JONES RADIO SHOW

Shane Geiger, the Infowars freelance reporter who challenged NIST
during a press conference on the Alex Jones Radio Show

Podcast Players for Patriot Radio Fans
Posted by JRohio at 11:36 AM

WE ARE CHANGE COLORADO ALEX JONES

WE ARE CHANGE COLORADO ON ALEX JONES SHOW P1

WE ARE CHANGE COLORADO ON ALEX JONES SHOW P2

Jonathan Ellinoff of We Are Change Colorado
Posted by JRohio at 11:26 AM

Join this network
Posted by JRohio at 9:57 AM 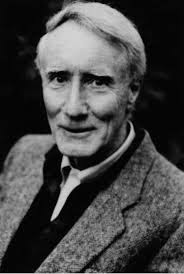 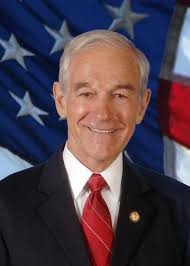 Bill Maher decided to make a stop on his comedy tour in Ohio. WeAreCHANGE Ohio was able to successfully infiltrate the show modeling the work of WeAreCHANGE LA after their successful infiltration of his show regarding his disrespectful statements where he attempted to comically call out 9/11 truth activists. According to Bill Doyle head of the largest 9/11 victims family members group the majority of them believe it was an inside job. According to Bill Maher they’re all nuts. 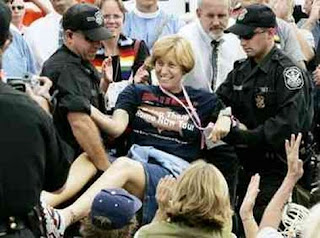 Please visit her campaign website at www.cindyforcongress.org
Posted by JRohio at 1:16 PM

[Denver, CO] -- Was the July federal attack on Rainbow peace activists
a preview for DNC police riots? Colorado activists are asking Denver
officials to adopt a zero tolerance policy for poorly-trained and
rogue federal law enforcement officers who will be providing security
at the Democratic National Convention (DNC) in downtown Denver from
Aug. 24 through Aug. 28. The Colorado Legal Eagles, a local civil
rights group, is asking Denver Mayor John Hickenlooper and Colorado
Governor Bill Ritter to begin an investigation into brutal and violent
tactics used on July 3 by federal agents in Wyoming against peace
activists in the National Forest, in the hopes of preventing those
same tactics from being used against peace activists at the DNC.
The violent tactics, which injured several adults and children,
include the shooting of pepper bullets into crowds of women and
children, pointing semi-automatic rifles at children, and repeatedly
tasering a man who was handcuffed.

Attendees of the annual Rainbow Gathering meet every year on the
July 4 holiday in the national forest to camp, commune with nature,
and pray for peace. This year's Gathering was in southwestern Wyoming
near Big Sandy and was attended by about 6,000 campers. Every year,
the U.S. Forest Service (USFS) increases its attempts to disrupt
and cause violence at the Rainbow Family's peaceful gatherings.
This year's Gathering was no exception and was almost certainly
used by the feds as a training exercise for the DNC.

The pathetic examples of crowd control exhibited by these federal
agents is either extremely poor training or done intentionally to
provoke the crowd. One incident occurred on July 3 in the Kid Village
area of the Gathering, where all the children in the campground
play. The incident began when twelve to twenty federal agents stormed
into Kid Village, brandishing handguns, rifles, shotguns, tasers
and pepper bullet guns with the intent to arrest one person for
what was later said to be suspicion of marijuana possession.

Panic and terror ensued as the feds stormed Kid Village, which
was crowded with dozens of campers and children. One woman who tried
to ask the agents what was going on was brutally thrown to the ground
and also arrested. No one knew why the camp had suddenly been invaded
by armed federal agents

Several videos posted on the internet show what happened next in
detail.

The hundreds of Rainbows in Kid Village try to dispel the tense
situation by chanting "Om" (a type of meditation chant
with calming effects.). Rainbow cries of "We love you"
and "We mean you no harm" directed at the federal agents
are heard.

Without any warning whatsoever, several USFS federal agents open
fire into the crowd. Instead of trying to communicate with the crowd
and control it, they started firing their guns at close range and
at random, using what was determined later to be hard plastic pepper
bullets. As the feds retreated with the two people they had arrested,
they repeatedly opened fire without warning into the crowd, injuring
both adults and children, and hitting one man in the face. There
are also reports that the feds used rubber bullets and that one
federal agent pointed his gun at several children and a baby.

The agents had no bullhorn and did not try to communicate with
the crowd in any way, causing questions on whether or not they intentionally
tried to incite the crowd to get angry and violent. Instead, they
instantly formed a defensive posture, with guns pointed outward.
The only ones who tried to control the crowd were several Rainbow
peace activists. Shouts of "Stay back. Stay where you are"
are heard from the Rainbows. Several peace activists who tried to
help by standing as buffers between the federal agents and campers
were shot repeatedly with pepper bullets in the back.

Police say these relatively new non-lethal weapons are similar
to paint balls, however, they are not that innocuous. Photos of
injuries caused by the pepper bullets show just how deadly these
weapons are:

"In the days when cops only had guns and shooting people would
kill them, they were a lot more careful about using weapons,"
says Rob Savoye, Colorado Legal Eagles. "Now that they have
less than lethal weaponry, there is nothing to stop them from shooting
at people. In fact, because these weapons are supposedly 'less than
lethal', law enforcement is actually encouraged to start shooting
at people. These weapons are extremely lethal, and the cops need
to understand that."

Savoye continued, "These videos show the feds weren't sufficiently
trained to deal with the stress of dealing with large crowds of
people. They got easily upset in situations where they shouldn't
have. I hope the DNC security force has a lot better training. Like
the Rainbows, the DNC protesters are just people exercising their
First Amendment rights and there is no reason to start shooting
at them."

Joseph Vigorito, another member of the Colorado Legal Eagles, says,
"It's clear they went in there to inflict pain and hurt people.
There was no one posing any threat whatsoever. The feds were just
looking to incite a response from the crowd."

At the DNC, federal agents are likely to find themselves in instances
where they must make an arrest in a crowd of people. Will they handle
it the same heavy-handed way they did in Wyoming, storming into
the crowd and shooting at random? Or will they come equipped with
bullhorns to communicate with the crowd and a better tactic to arrest
one person in the midst of thousands?

Denver received a $50 million dollar grant for security during
the DNC. If the training of the federal agents in Wyoming is any
indication of how well-trained the agents will be during the DNC,
we are in store for a repeat of the "police
riots" of the 1968 DNC in Chicago.


Contact Mayor Hickenlooper and Governor Ritter and urge them to
have zero tolerance for any police "overreaction" during
the DNC:


Ask for the Mayor's Office

Protester Sheehan and Public Enemy coming to Denver for DNC

DNC Protest, Split, and the Principled Stand of Cynthia McKinney

Filmmakers have Denver under surveillance

DNC Security Planners Prepare For The Worst
DNC detainees won't be turned out into nearby neighborhood
'Gitmo On The Platte' Set As Holding Cell For DNC
City readies warehouse for mass DNC arrests
Posted by JRohio at 10:11 AM


Alex welcomes former NASA analyst and author of Challenger Revealed:
An Insider’s Account of How the Reagan Administration Caused the
Greatest Tragedy of the Space Age, Richard C. Cook