By JULIE CARR SMYTH – 1 day ago

COLUMBUS, Ohio (AP) — The owners of the money-losing Columbus Blue Jackets want a tax increase on beer, wine and cigarettes to underwrite a county takeover of the arena where they play, defying the will of local voters who repeatedly rejected public financing of the center.

The prospect of significant tax hikes to benefit Nationwide Arena has touched off a battle between financial backers of the Blue Jackets' arena complex and Anheuser-Busch, which operates one of its 12 U.S. breweries in the city.

President David Peacock flew to Columbus on Thursday for meetings with Gov. Ted Strickland and leaders of the Ohio Legislature, where the tax proposal surfaced in recent days.

The St. Louis-based company, which merged last year with Belgian company InBev, employs about 1,000 people in central Ohio and has invested about $1.1 billion in its local brewing and canning operations.

The tax plan calls for raising alcohol and beer excise taxes in Franklin County by 25 cents per gallon of beer, 32 cents per gallon of wine, $3 per gallon of spirits, and 4.5 cents per pack of cigarettes. The increases would raise an estimated $65 million a year, which would help offset team losses and help the county pay for a bond sale to buy the arena.

The added tax would more than double the current 18-cent state excise tax on beer within the county.

The proposal comes as local support for the Blue Jackets is high.

The franchise, in its eighth season, is coming off its best season ever, qualifying for the first time for the NHL Western Conference playoffs.

Crowds for the season were high, though the team was swept by defending Stanley Cup champion Detroit Red Wings in the first round of the best-of-seven playoffs.

The team was founded in 2000 with the help of significant private funding — much of it from the late John H. McConnell of steel finishing company Worthington Industries. McConnell died a year ago, leaving his son John P. McConnell at the helm of the business. 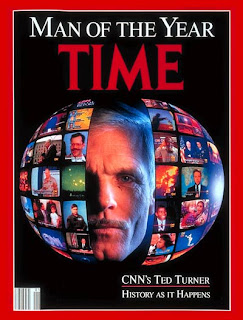 KIEV, Ukraine - A widespread scare about vaccine side effects in Ukraine has led to a sharp drop in immunizations that could result in disease outbreaks spreading beyond the former Soviet republic, international and local health officials say.

Hundreds of thousands of fearful Ukrainians have refused vaccines for diseases such as diphtheria, mumps, polio, hepatitis B, tuberculosis, whooping cough and others this year, according to official estimates. Authorities have canceled a U.N.-backed measles and rubella vaccination campaign funded by U.S. philanthropist Ted Turner, and will have to collect and incinerate nearly 9 million unused doses in coming months.

"I never thought I'd see the day where perfectly good vaccines are being destroyed," said Michael Bociurkiw, a spokesman for UNICEF.

Around the world, health officials say they are struggling with the repercussions of vaccine fears they call unwarranted and dangerous.

In 2003, imams in northern Nigeria fomented a boycott of polio vaccinations claiming they were a Western plot to make Muslims infertile or infect them with HIV. Authorities in Indonesia are discussing a plan to end childhood immunizations against a number of diseases out of fears that foreign drug companies are using the country as a testing ground. A budding movement of parents getting exemptions from pre-school vaccination laws is seen as partly responsible for a spike in U.S. measles cases.

Fear escalated with death of teen
Experts blame the Ukrainian scare on government mismanagement and irresponsible media coverage of an anti-vaccination campaign launched after the May death of a 17-year-old boy who had received a combined shot for measles and rubella.

Activists including members of the homeopathic and alternative healing industries blamed his death on the vaccination. Ukrainian authorities said they needed to investigate and halted the campaign to revaccinate 9 million Ukrainians aged 16-29 for measles — a leading cause of childhood death — and rubella, which can cause serious birth defects.

The Ukrainian Health Ministry and World Health Organization concluded that the boy died of septic shock from a bacterial infection unrelated to the vaccine. But the ministry decided last month to terminate the revaccination campaign, saying there was no longer enough time to administer the vaccines before they expire this summer and that people would refuse the shots.

"This threatens to lead to a spike in the number of infectious diseases," said Lyudmyla Mukharskaya, the country's deputy chief public health official. "There will be outbreaks, especially among children."

Ukraine has had two major outbreaks of measles in recent years. Ukrainians aged 16-29 have proven to be highly susceptible, apparently because of an ineffective vaccination campaign carried out in the 1990s, when the country was in economic crisis following the collapse of the Soviet Union.

If Ukraine cannot revaccinate at least 95 percent of the estimated 9 million people who got deficient vaccines in the '90s, UNICEF says, the next outbreak could be even bigger.

Independent health experts say government mistakes were a major factor in the vaccine scare. Prosecutors briefly detained the country's chief public health official after the teen's death and claimed that the vaccine, which was certified by WHO, was imported into the country without proper authorization.

Dr. Fedir Lapiy, an expert in infectious diseases based in Kiev, said prosecutors appeared to have used the case to promote themselves and discredit political opponents.

"It looked more like a PR campaign than a thorough probe," Lapiy said.

Ukraine has an educated population but rumors and misperceptions spread easily. Constant political turmoil and a devastating financial crisis — one of the worst in Europe — has fueled mistrust of Ukraine's crumbling health care system, and authorities in general.

"It is sad to see the population of a country in the middle of Europe refusing to get immunized," said Andrei Tulisov, an infectious disease and immunization specialist at WHO.

Ukranian media spread rumor of plot by Ted Turner
Ukrainian media outlets are numerous and uncensored but do not widely follow Western standards of fairness and accuracy. Some print and online reports alleged after the boy's death that the Indian-made measles and rubella vaccine would sterilize men as part of a plot by Ted Turner, whose Washington-based United Nations Foundation charity paid for the vaccines.

"This kind of scare tactic coupled with the death of the boy struck the fear of God into a lot of young people and parents," Bociurkiw said.

Nina Zaichenko, a 25-year-old interior designer in Kiev, says she has decided not to immunize her 1-year-old daughter, Dasha, against any diseases until at least the age of 3. She fears the infant's body is still to weak to handle vaccinations and she does not trust the local health system to acquire and properly store high-quality vaccines.

"The chances of a child getting sick from a vaccine and from the disease itself are equal," Zaichenko said, an assertion experts say has no basis in the truth. "It's a hard choice for parents to make."

UNICEF says it believes only up to 30 percent of Ukrainians who need revaccination for measles and rubella would turn up if the campaign were restarted today. Only 400,000 people received vaccines before the campaign was stopped.

The Health Ministry says it will work to promote the need for immunizations among the population, and look for ways to launch a new measles and rubella vaccination campaign.

Copyright 2009 The Associated Press. All rights reserved. This material may not be published, broadcast, rewritten or redistributed.