FLASHBACK: DC Madam scandal widens: Cheney, Giuliani, Abramoff
WMR is now reporting specifically who at ABC News' 20/20 became fully aware of not only Cheney's use of the escort service, but dozens more "high profile" names - culled from the phone records only since 2002 (the escort services full records go back to 1994). ABC's crack team was reportedly gagged by their bosses after concerned calls from the White House.

D.C. madam's mystery death: The Orlando connection
On Thursday, Palfrey was found dead, hanging by a nylon rope from a metal beam in a backyard shed near her mother's home in Tarpon Springs, on the coast 100 miles west of Orlando. Police said it was an apparent suicide.

"It's hard to believe," said Joseph Strizack, a condominium-association manager at Park Lake Towers who got to know Palfrey during her decade as an owner there. "She did not seem the least bit distraught."

DC Madam: "They will make it look like suicide"


The Palfrey-Cheney Connection
Palfrey believed her life could be in danger, and stated that it would not be suicide if she were found dead; she said so on a radio program along with implicating that the VP himself, and other extremely powerful, high-profile men in Washington were clients.

Is it possible that facing of a 55-year sentence, Ms. Palfrey was going to do some talking, in hopes of a reduced sentence? Were some persons concerned that an angry or vindictive Palfrey might write tell-all?

Contrived Media Ploy As DC Madam Tape Ignored
"She wasn't going to jail, she told me that very clearly. She told me she would commit suicide," Dan Moldea told Time Magazine. "She had done time once before [for prostitution]," Moldea recalls. "And it damn near killed her. She said there was enormous stress -- it made her sick, she couldn't take it, and she wasn't going to let that happen to her again."
DC Madam hauls big box of evidence to Mom's before suicide
On one trip down the stairs, she lugged a 2-foot-wide box she suggested carried materials related to her infamous court case. "This is my evidence," she told Strizack before carrying it out the door.

Why I don't believe the DC Madam committed suicide
The logical odds are that she was assassinated by one of the powerful Washington DC politicians she "served" with high price call girls or men. A congressman, another senator, a vice-president or maybe a prominent evangelical. She took care of too many extremely wealthy and well-known people who can easily afford the right executioners.

I do not believe that this lady killed herself. The appeals process, however long, would have eventually gotten her out of prison. Look at Martha Stewart.

DC Madam: "They will make it look like suicide"

FLASHBACK: Sex scandal in DC and Maryland threatens Bush Administration and GOP
'At the time of Jonathan Luna's vicious murder, known members of organized crime families in Pennsylvania and Maryland were attempting to get a piece of legalized slot machine gambling.'

Britton told The Examiner before her death that she previously worked for an escort service called East Coast Elites, but she never mentioned Deborah Jeane Palfrey or her firm, Pamela Martin & Associates, during a series of interviews with this newspaper.

FLASHBACK: DC Madam hookergate expands beyond Cheney & ABC to Maryland Governor, US Attorney, murder
Hookergate involves fired US Attorney. US District Judge for the District of Columbia Gladys Kessler, a Clinton appointee, has re-issued an order prohibiting DC Madam Deborah Jeane Palfrey from releasing any more phone lists of her Pamela Martin & Associates customers. Secrecy of the phone records has been a priority for DC Assistant US Attorney William Cowden.

FLASHBACK: The D.C. Madam Case, All Sordid Out

Sen. David Vitter of Louisiana and other powerful men appear likely to get a pass. 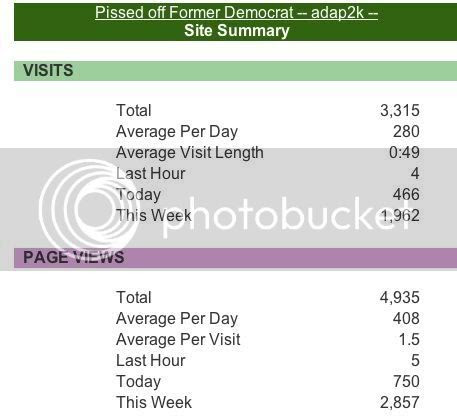 With all consideration to the sad news presented here yesterday
it was a record day for this blog!
Posted by JRohio at 6:15 PM

COLUMBUS, Ohio - Ohio's attorney general admitted an extramarital affair with an employee Friday, soon after three of his aides were fired or forced out after an investigation found evidence of sexual harassment and other misconduct.


UPDATE, found this on this site -people.bakersfield.com

Click here to listen to the entirety of the last interview with Palfrey.

UPDATE: In an almost uncanny development, as soon as this article started to go viral on the Internet, Time Magazine released a story claiming that Palfrey told author Dan Moldea that she would rather commit suicide than go to jail. What a funny coincidence!

FLASHBACK: D.C. Madame: "Big Names" May Be On Client List

FLASHBACK: Cheney "X'd" off the DC Madam's list by ABC/Disney

Check out whatreallyhappened.com
FOR UPDATES!!!

DC Madam Predicted She Would Be Suicided

Guantanamo prosecutor returns as defense witness
Posted by JRohio at 11:12 AM

Bush's "sniper" remarks and the venue
Just before 2:30 pm, Reagan left the hotel's T Street side exit. While waving to crowds, Bush family friend John W. Hinckley, Jr., stepped forward and fired off six shots from his Rohm RG14 22-caliber pistol. Bullet one struck White House Press Secretary James Brady in the head rendering him an invalid, bullet two struck DC police officer Thomas Delahanty in the back, bullet four hit Secret Service agent Tim McCarthy in the stomach, the sixth bullet ricocheted from the president's limousine and struck Reagan under his left arm, lodging in his lung near his heart.

Vice President George H. W. Bush nearly got an eight year jump on the presidency thanks to a family friend. His son chose to mention "sniper fire" Saturday night at the very same hotel where the Bush oligarchy almost took over power after only 69 days of the Reagan presidency.

Gore's Grades Belie Image of Studiousness
The political champion of the natural world received that sophomore D in Natural Sciences 6 (Man's Place in Nature) and then got a C-plus in Natural Sciences 118 his senior year. The self-proclaimed inventor of the Internet avoided all courses in mathematics and logic throughout college
National "DNA warehouse" bill passes
Passing the House of Representatives on a voice vote, S. 1858 has been sent to President Bush for signature. The Newborn Genetic Screening bill was passed by the Senate last December. The bill violates the U.S. Constitution and the Nuremberg Code, writes Twila Brase, president of the Citizen's Council on Health Care (CCHC). "The DNA taken at birth from every citizen is essentially owned by the government, and every citizen becomes a potential subject of government-sponsored genetic research," she states.

WATCH DEATH 'LIVE ON CAMERA'
VIDEO - What if?
What if?... or "What happened to Christopher Hitchens?"
Comptroller Strayhorn Statement On Foster Care Abuse Friday, June 23, 2006
"I am here today to release disturbing information found during my investigation about the deaths, poisonings, rapes and pregnancies of children in our state's foster care system.

"As alarming as these cases are, we can only imagine how much worse the Fiscal 2005 data is because Gov. Perry's Health and Human Services Commission has refused to provide the data needed to complete my investigation.

YES, THERE ARE CONCENTRATION CAMPS FOR AMERICANS

Drugging Children
The radical news organizations (NBC & CBS News ;-) investigate and find that kids, including toddlers (!) are being given powerful psychotropic drugs in order to manage their behavior. Instead of providing human care, we are drugging these children because it is cheaper (in the short term, but not the long term) and because it is very lucrative for the pharmaceutical companies.
Posted by JRohio at 4:04 PM

THE SURVEILLANCE SOCIETY.
Posted by JRohio at 3:55 PM

UN Confirms and Defends Deletion of Ban Statements from Transcripts, What Else Gets Erased?