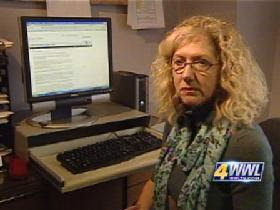 A local levee watchdog group says that computer equipment at the Corps of Engineers has been used to send messages attacking her group on a couple of Internet blogs they operate.

Sandy Rosenthal of Levees.org says she believes that someone or some people at Corps' offices are behind some angry posts on her organization's blog.

The group, Levees.org is a citizens-led group who has been highly critical of the U.S. Army Corps of Engineers, especially over the failure of the levees that flooded a majority of the city of New Orleans following Hurricane Katrina.

The group’s founder, Sandy Rosenthal, said she had begun noticing increasingly hostile posts on the site. She said the posts attacked her credibility and her information.

Among the comments were one that said local people had blocked the Corps’ wishes and thus locals are responsible for the flooding. Another was more blunt.

“Sure, blame the Corps for the floodwall failures,” it read. “But who do you blame for your own stupidity for putting your families in such a situation?”

The comments prompted Rosenthal to try to find where the e-mails were coming from. She said she plugged the screen names into an Internet search that showed they were coming from a computer at the Corps’ office.

“This is the use of taxpayer money for none other than… these are attempts at intimidation,” she said. “The statements are going after me and all I am is a citizen.”

The Corps responded with a written statement.

Rosenthal said she thinks the use of multiple names and IP addresses indicate that more than one person is behind the posts.

The Corps’ response did not mention whether any effort would be made to track down the computer used and the people who used it to make the posts.

AUDIO ARCHIVE OF ALEX JONES INTERVIEWS:
Posted by JRohio at 10:16 AM